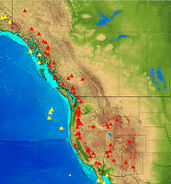 Mount Hood is located in the Cascades Volcano Range

The Eruption from another angle Five Minutes after it Began 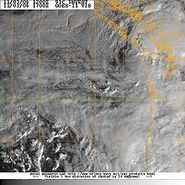 Winter Storm Valentine sweeps in from Pacific, which caused problems in addition to Mount Baker's Eruption
Add a photo to this gallery
Retrieved from "https://hypotheticalvolcanoes.fandom.com/wiki/2016_Mount_Hood_Eruption/Ryne%27s_Hypothetical_Eruption?oldid=4239"
Community content is available under CC-BY-SA unless otherwise noted.